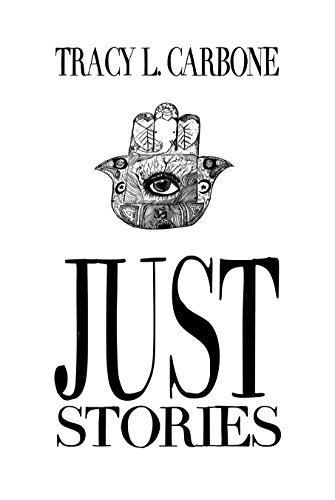 In the last fifteen years or so, I started cranking out short stories, thanks to a wonderful writer and friend, John Dixon. I have mentioned this before in blogs perhaps, but he is the one, at NECon in RI, who inspired me to go back and rekindle with my first love, short stories.

Since then I’ve written dozens. Maybe a hundred, maybe more. I don’t track the ones I write, only the ones that have seen print. A few years ago I put out The Collection. These were my favorite dark and creepy stories. Most were very dark, some were lighter. But even the light ones had ghosts.

In the last couple of years though, my writing has moved toward more human darkness, and exposes people as they are in their struggles in triumphs. I didn’t write these for a genre, I wrote them because they were characters in my head screaming for their stories to be told. They are cautionary tales that warn against things like greed, intolerance, cruelty. Most of them are reprints but some were brand-new, written for this collection.

Just Stories, aptly titled, also includes a handful of Drabble stories, which are tales exactly a hundred words long, not including title. I felt these tidbit stories would break up the longer ones.

I hope you enjoy this new collection of stories, published by Shadowridge Press! If you do, please leave a review on Amazon or wherever you can.

Please visit my Amazon page to see all my fiction stories and books in one spot.

The Boy Who Cried Wolf

The boy cried wolf and the townsfolk gathered.

No wolf was found.

Later it was a fox the boy roared about, then a bear, and then a human.

Then it was the wind, which blew harder on the boy than anyone else.

And the sun which burned him extra hard.

No identifiable predators. Ever.

He garnered a lot of attention, and much doting by the townsfolk.

Then people ignored him.

He screamed and invented great tales of woe, but no one listened.

And one day the townsfolk grew weary of the cries and sewed his mouth shut.

Sorry, I’ve been busy, as usual. Here are Drabble pieces though, as promised. All a hundred words, exactly. Happy reading!

Her arm was severed at the elbow four years to the day her car careened over the embankment. “At least it’s only your right hand,” Mother said. “You can still sculpt.” Teri dug the nails of her left hand into the soft clay, creating a horrific face. The right eye welded shut, plastic nose a tad too pointy for reality, as if it were made from plastic and borrowed thigh skin. She looked up from her work and into the mirror to check the details. She stabbed a hole in her clay cheek.  At least it’s only my right face. 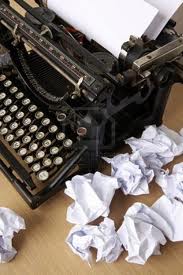 Tap! Tap! Tap! Adam smashed the antique keys of the storekeeper’s typewriter, writing a letter to God about his dissatisfaction with humanity. “And therefore,” he typed, furiously and for so long that his fingertips bled, “You must, this very minute, deliver us from this curse of knowledge!” Ding! He looked at the keys, stained red, sticky, and slow to return to their original positions. Each minute of each day for what felt like eternity, he had written such a letter to God, begging for reprieve.  Damn that Eve. Damn the apple. “Dear God,” he began again.

Marilyn pedaled around the old oak tree on her brand-new tricycle. She’d ridden all day, carving a circle around the tree to mark her territory. Grandma said stop, but Marilyn didn’t listen. Round and round the tree she rode, shiny black tires butchering the grass beneath. The tree swayed its branches in warning but she wasn’t deterred. The tree swung harder, slapped her across the face with its leaves. She pedaled faster. Determined. Thunderous noise roared above. She soldiered on. Slaughtering.  Rumbling grew louder as a shadow enveloped her. A giant branch smashed down upon her. The living grass cheered. 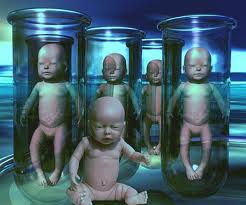 Five months into Allie’s pregnancy, Dr. Mason informed her there was no fetus. She viewed the ultrasound picture of an empty gray-scale sack. “Screw your tests,” she said. “I’m carrying a child.” Doctor Mason patted her hand. Month six, the baby kicked. Month seven, a tiny hand pushed against her from the inside. Month eight, constant movement convinced her that life grew within. On delivery day, blood and urine tests still reported lack of human life. The doctor bullied her. “It’s in your head.”  Two hours later, a creature akin to a goat ripped from her to start His reign. 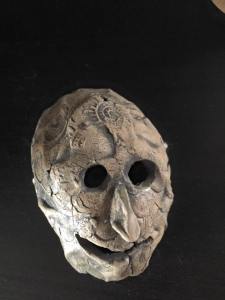 From now on, come hell or high water, I will post a fresh new Drabble (100 word story) on my wall every Friday. Today’s is inspired by a little clay head I bought at last week’s World Horror Convention. I heard two days ago that a well-known artist in the horror genre, James Powell, was killed in a car accident. Sadly, I never got to meet him. He didn’t come to the convention but his art was on the badges we wore. He wasn’t the artist that did this sculpture, but for a moment I wondered. What if it WAS him and his spirit lived in this little sculpture? So here you have today’s installment:

A tiny clay head, with gaping eyes, hangs from a string on the door to my room.

At night it swings and creaks, rubs against the door like a cat scratching to get in.

In the morning it is still, with a look like the cat who swallowed the canary.

The artist was killed in a mugging gone bad, just a day or two after we met.

What if he’s in it? What if he lives? So I let the head stay, with its nightly forays.

Creak. Scratch. Again, the head swings, trying to get in.

I bolt the door.

I stick sharp pins into the soft flesh and will the figure’s body to suffer. Again and again, piercing the skin. Into the heart to cause sadness. Careful jabs and slices on the leg to force the figure to feel. To feel pain. To feel anything at all.

Damn you, feel something!

A carefully placed needle into a hand, into a finger. But the doll does not react.

Now the doll bleeds! People will notice. They will rescue the doll.

They will stop me from cutting.

She feels his presence before she spins around and catches him leering. Buckled brown teeth and an uneven gait. A mind riddled with evil. “Spare a dollar,” he says. How long before he kidnaps a child? Before he tortures her? Before the courts fail to prove his guilt and release him to act again? She approaches with feigned kindness, and drives her expensive pen into his left eye, then his throat. The face of her remembered attacker transforms to that of an innocent homeless man. She hides the pen in her purse, shrugs, and resumes her walk to yoga class.

For more fiction by Tracy, please visit her AMAZON PAGE.