I’ve been writing since I was little. It’s the only thing I ever found that I could do all day everyday and still think it was fun. Or at least rewarding.

For years, I’ve been writing like crazy. To date I have five published novels, a collection of short stories, a second collection probably coming out in the fall. I’ve sold lots of standalone stories too.

For my recent  novel-it’s been sometime since I’ve looked for an agent-I’m a little overwhelmed. Back in the day, a person could write a book and sell it. The publisher and /or you would spread the word through friends, or press releases (does anyone even use those anymore)? And then go work on the next book. Sure there were book signings to attend and conferences but that wasn’t the requirement. If you wrote a good enough book and it got into the right hands, and you kept writing good books, that was enough. You may not be rich or number one on the sales charts but it wasn’t about that. It was about the writing, the craft of it. The tap tap tap of the keys and the euphoria and sadness you felt at typing, THE END.

It’s a different world now though. Now it’s about Amazon rankings which can be skewed in several ways to your favor so you can say, “Look I’m number ONE !” even if just for a few hours, and in some remote category (Amish Cookbooks that Feature Deviled Eggs). I’ve been guilty of this myself so I’m not judging. But when did it become about ranking and popularity and how much can you earn in a month if you run a contest or a giveaway?

I saw the website for a big NYC literary agency today that stated when I submit my query I also had to provide links to all my social media, talk about how many followers I had and my web traffic. How many copies of books have I sold?

What happened to sending in your book and being judged on the merit of the writing and the concept? The dream of pulling a J.K. Rowling and having your book fall into the right hands and suddenly have everyone talk about what a good storyteller you are? Is that so far down the list of priorities now to publish? I think so, yes. 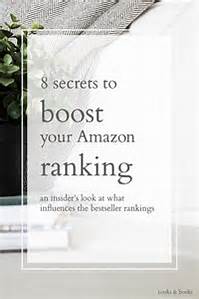 Now the writing doesn’t matter nearly as much as Facebook algorithms and Twitter followers and Tweets and Retweets, and podcasts and blog posts. It’s a business. Facebook and Twitter, Instagram, Snapchat. It’s a start. There’s Goodreads and a whole bunch of others that I don’t know about because I JUST WANT TO WRITE.

When I was a kid, I knew I wanted to grow up to  be a writer. I didn’t want to grow up and do marketing for a living. I work all day at bank job and when I get home, I want to immerse myself in fiction. Not more accounting stuff and schmoozing and looking at spreadsheets and learning the best methods to sell more Kindle books than last month by doing a Countdown or paying Bookbub to let me give away more free copies because eventually it will pan out…

But it seems without doing all these other things, you are destined to fall into obscurity. I truly respect the people who do write well and also market like crazy and make a lot of money. I just wish that we could go back to just writing what we love, and being good at it, and letting good prose do the work.

On that note, I will go write because that is my favorite part. If I am never number one, or a household name I want to believe it’s because I didn’t write the Great American Novel, not because I didn’t Tweet enough. I hold out hope that someday we will go back to writers  writing, just for the sake of writing because that’s what we were born to do. 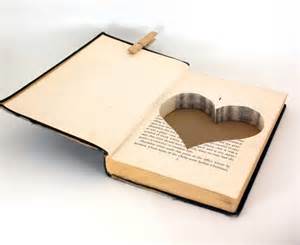