This winter I mentored my daughter as she wrote a children’s book. Abby has no interest in being a writer as a career,  but this one was important to her. As part of her high school program, she is required to do a “senior project.” I’m not sure of the actual guidelines, only that it requires about eighty hours of work, and it has to be something that matters. When searching the Internet for ideas, we saw someone had written a children’s book about cancer. We had an idea. Why not write a children’s book about HER disease? Fabry Disease.

I’ll back up for a minute to explain that if there had been more books or information about this very rare disease Abby was diagnosed with, we would have found out earlier. Her doctors would have suspected it. In all the exhaustive Internet searches we did, we would have found a connection.  Fabry is a Lysosomal Storage Disorder. In layman’s terms, she lacks an enzyme that breaks down lipids. This causes a variety of symptoms that mimic other illnesses.

She had a rough go of things as a kid. The first time we went to Disney, she carried a bag around with her in case she got sick, which she did, often. We always had a bag in the car. It wasn’t so much the nausea as that her stomach hurt so badly, it made her nauseous. We went to stomach specialists who diagnosed her with a variety of maladies. At one point she was diagnosed with Celiac Disease. We sent her away to Celiac summer camp for a week when she was about nine so she could eat whatever she wanted. But she was sick. For six months she struggled on a gluten free diet. Didn’t help. They later did a stomach biopsy and an endocscopy to confirm. Not Celiac after all. When she had her appendix out, the surgeon opened her up a little wider to pull out the intestine to example for Crohns or collotis. Nope.

We reduced our stress by making some life changes (a divorce) and her stomach pain and newly added migraines went away entirely, leading everyone to think it was just stress related the whole time. When she was a teen though  her feet started to hurt. Again, specialists. We were told it was flat feet. She got arches, some physical therapy. Didn’t help. The pain spread to her hands. When she was fifteen she awoke one day in agony with her hands and feet. Deep shooting pain and severe burning, Now we know this was a pain crisis but back then we had no idea.

We went to a new neurologist who did a battery of tests including those for vitamin deficiencies and a million other things. All the tests came back normal so she concluded Abby had Charcot Marie Tooth Disease. This is a form of muscular atrophy. She has no other symptoms of it and in fact her flat feet don’t fit the profile at all. But her father has it so…She said there wasn’t much we could do about the increasing daily pain in her hands and feet. Nerve pills like Neurontin were “heavy duty” and she’d have to take a high dose several times a day. We left feeling terrible that she now had a degenerative muscle disease, for which there is no cure, and no hope in sight for pain relief. 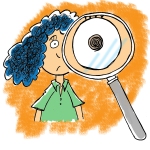 About six months later, right after Abby’s sixteenth birthday, she went to the eye doctor for a routine exam. It was then her life changed. The doctor saw Corneal Whirling in her eyes. Also called Vortex Keratopthy, it does not affect her vision but is a marker for Fabry. The eye doctor said, as she handed us a print out from the Internet, “You need to get her to a neurologist right away. This can be fatal.”  Her printout listed every seemingly unrelated symptom Abby had ever had (many not listed here but in Abby’s book). Turns out it’s not fatal if treated and it progresses slowly, but we didn’t know and it was a big blow for a sixteen year old and for her mother.

We contacted her neurologist who ran the DNA test. It took a month before we had the result. In the meantime we scoured the Internet for answers. Some sites said the life expectancy for men was forty years oldwithout treatment.  It is managable with biweekly enzyme replacement therapy, but that treatment costs about $250,000  a year. We have insurance so it would be more like $6000 a year, but that’s still a lot when it’s just the two of us. Some other sites said girls were only carriers and unaffacted. We knew that wasn’t true. There was a lot of misinformation.

The test came back positive of course. It had to. It’s the only thing the marker represents besides a certain medication Abby doesn’t take. I went online immediately and typed in “Fabry specialists Boston.” Thankfully, MGH has an amazing team. They do research and the team we met with made us feel safe. We got there the first time, terrified, not knowing what to believe or not belive.

We were there for hours, talking to this team who told us Abby  was okay now. That it’s managable, and that she may not even need the enzyme treatment if her organs were fine (they are). They prescribed an anticonvulant at a low dose that took almost all her pain away. They gave us answers, invited us to other Fabry events to meet people who have it. They are all leading good lives, managing their disease, and not letting it keep them down. We even got to tour the plant where they make the medicine.

If when Abby was little we could have typed in “stomachaches, pain and burning in hands and feet, dizziness, headaches, ringing in the ears” and Fabry came up, she could have avoided years of discomfort.

So Abby has written such a book for her project, but more to raise awareness for this disease most people have never heard of. If your child has these symptoms, ask your doctor. We don’t have a family history of it. Men in our family didn’t die early of kidney disease or heart disease which is one reason our doctors didn’t think of it earlier, but DNA can mutate in any generation.

Here is a link to this delightful book, The Long Road to Fabry, written by Abigail Carbone, illustrated by Jeff Pert.

If you know anyone exhibiting these symptoms, please share. All proceeds from the sale of the book go the Lysosomal Storage Disorder Program of Mass General Hospital.